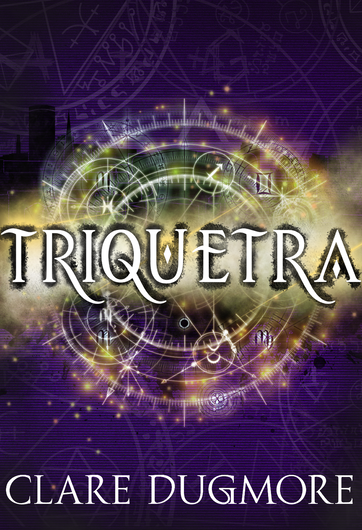 Triquetra is a thrice-weekly web serial about oppressed witches, in a world that hates them. The story will be told in multiple parts, from multiple points of view, starting with the origins of the three protagonists, Nola, Esmee and Maggie, up until the point their storylines converge, and will then continue, as a multiple-POV story as Nola, Esmee and Maggie come together.
Each chapter will be available on the following platforms:
Royal Road | FictionPress | ScribbleHub | Medium | Substack
​With all chapters collected and linked on this page.
Blurb
“Should those with the witch gene be prevented from procreating?” This is the question asked by agents of the Paranormal Investigation Department (PID) in the latest government summit about those with magical abilities.
Being a witch in the current political climate is tough. Thanks to increasing anti-witch propaganda --not helped by religious groups claiming witches obtained their power from the devil-- the PID have been cracking down on witches; sending those with usual abilities to PID controlled schools, where inter-witch relationships are forbidden, or worse, imprisoning those they claim to be dangerous without trial.
Those the PID don’t catch go into hiding – if they’re lucky. If they’re not, they’re caught by religious fanatics and publicly hung.
Three young women – Nola O’Connor, Esmee Duncan, Maggie Brennan  – have to navigate this challenging world when their witch powers manifest. Magical abilities aren’t all that connect Esmee, Maggie and Nola, and they soon discover their bond is deeper than they’d ever imagined.
Now they must choose what side of the magical war they’re on and decide if they can come together to make the world a better place for everyone.